I do think and act in these manners and interestingly found out that I am not a rational economist (ECON) and I am one of the most 99.999999 percent persons. There are two parts to this kind of decision making. The time it takes to think and act (quick where rational thinking takes a backseat) is the first one. The second one is the past (immediate/distant) incidents influencing the decisions irrationally.

I thought this was an obvious fact and political and economic think tanks would have already made theories about this. It came as a shocking surprise to me that this field of behavioral economics is very new and all the market theories and policies formed never considered human errors and procrastinating behaviors. More interestingly, the stock market investments, the retirement plans to everything we believed in had lousy foundations till the late ’90s. This is also the reason to over-invest in certain types of markets and the crashes that followed (like the housing bubble in the USA).

So, how do we take care of ourselves if 99.9999999999s of us are this way and often the others too in most of the emotional situations? How do we improve the voluntary sign-up for organ donations, making people to save more for the future, making a better judgment about stock market collapses by overinvesting?

This is exactly what is narrated in the book Misbehaving, Making of behavioral economics is talking about. It is one hell of a journey by Prof Richard Thaler of fights with traditional thinkers of economics to study such anomalies and the way these studies went into making policies for USA, UK and eventually to many other countries. 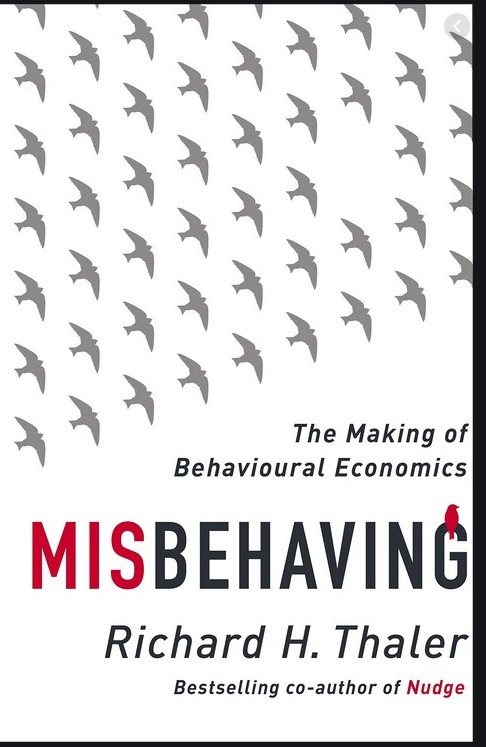 This is a complementary read to the most popular book by Kanheman who created the prospect theory “Thinking Fast and Slow”. For those who do not know about the book, it talks about common biases people have in the day to day life (and also how new-age marketing take advantage of it) 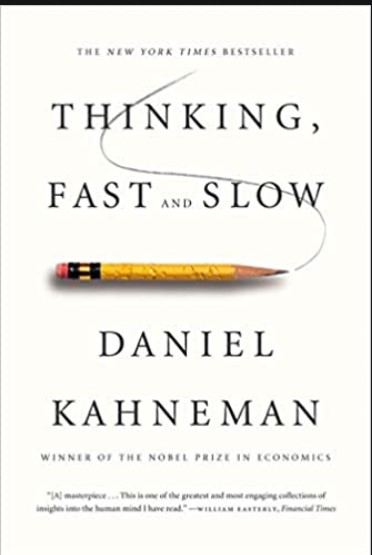 Some of the quotes from the book I enjoyed being

While I agree with most of those experimental setups and results, the example of 23 projects and 3 managers

“After the investment is made, there is a 50% chance it will make a profit of $2 million, and a 50% chance it will lose $1 million. (Notice that the expected payoff of this investment is $500,000, since half the time they gain $2 million—an expected gain of $1 million—and half the time they lose a million—an expected loss of half a million. The company was large enough that a million-dollar loss, or even several of them, would not threaten its solvency.) I then asked by a show of hands who would take on this project. Of the twenty-three executives, only three said they would do it.”

Even if I am in a room where this thought experiment is carried out, I will not be in the 3 managers who would say yes. The reason being, I may not be good at concluding the risks of a 1 million $ project especially in front of a CEO and an external person unless I am right to the smallest detail. Secondly, a project of 1 million$ would be a team effort and would be part of a “diversified portfolio” of things the team would do. That means if I am a manager allowed to handle that, the only thing company has to make sure is that 1 million dollars is not the only thing I bring to the table. Just make it as 30%-50% of what I bring to the table and I would take that risk easily (risk diversification and impact reduction)

Footnote: Does this make me a better person? Yes. Knowing what I do not know and knowing there are methods to detect and cope with those problems is the first step.

Your email address will not be published. Required fields are marked *

You may also enjoy

Malayalam Transliterator with next word prediction

For beginners and non-programmers, getting statistical tests done could create headaches. What if we only want to know if there is a relationship between on...

Bring your own data

One of the reasons of I love Software Engineering is because, with right user experience; even a layman can start using any software tool. When it comes to...

Heart Disease Demo: How much risk for a single patient has

The previous post explained, overall, what factors affect health of the heart. This is the global interpretability of machine learning. A better tool for a s...